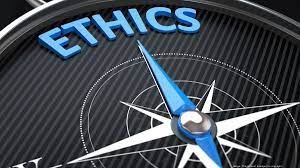 Free Market fundamentalism
The big idea behind opening up a part of the Swedish mandatory pension savings systems to free market competition was to give pension savers access to better investment management and higher returns. This deregulation was based on the same free-market fundamentalism that dramatically changed the Swedish school system and care industry. The care sector got the Carema scandal. Schools’ PISA results dropped and the list of “free schools” not delivering proper education is still growing. Allra is the Pension savings industry’s version of free market reforms gone wrong.

Reality catches up
After more than twenty years of this experiment, it is clear that the collective of free-market pension managers did not improve returns for savers. On top of that, there have been several abuses by unscrupulous fund entrepreneurs taking money straight out of the pockets of the savers whose future pensions they were supposed to look after.  As can be seen with the discussions about Covid vaccination side effects, people hesitate when faced with even a very small risk of getting a very bad result from an active decision. They will rather sit on the fence than take a decision that turns out badly. If Allra are acquitted in the court of appeal, this may hurt the public’s trust in Sweden’s fund industry. This would be bad for the broader social contract where citizens are expected to shoulder an increasing responsibility for saving monies for their financial security during old age. If Allra are acquitted, the public’s trust in the fund industry as a reliable part of the social contract is at stake.

Dishonesty cleverly disguised
Most independent financial experts agree that what Allra did was dishonest and to the financial detriment of their savers. If Allra is acquitted again, it shows that it is possible to tap into savers’ money as long as it is done below the regulatory radar screen and you have good lawyers. The Allra scandal unfolded in the media in early 2017. The acquittal in the District Court caused many in the financial industry to shake their heads. Even Sweden’s Finance Minister Magdalena Andersson commented: “It sucks.”

The Allra owners had a company in Malta that acted as a purchasing centre and intermediary for the procurement of certain investments by the funds managed by Allra. These intermediaries added fat margins to unnecessarily complex financial instruments. These mark-up profits went to the owners who bought a helicopter and the most expensive villa in an exclusive suburb of Stockholm. A conservative estimate of the cost of these shenanigans to Allra’s pension savers is the Swedish Pensions Authority’s claim for damages of SEK 242 million (24MEUR) against Allra’s owners.

The consequences
Some of the well-known board members of Allra, who quickly resigned when the first alarming article was published, had to run the gauntlet in media, and then saw themselves being removed from several other positions of trust. Their clients understood more than the District Court and wanted to avoid being tainted.

The District Court’s acquittal has been appealed by the Swedish Pensions Authority. Another Pension Manager, Falcon Fund’s owners have been sentenced to prison for breach of trust. Two other players; Solidar and Independent funds have been hastily shut down. The Pension authority recently recovered 80 MSEK from the left-overs of their